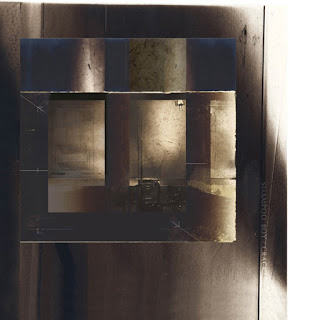 On 3/12/2004 on the invitation of The Bermuda Triangle, David played a two hour special set drawing from his extensive archive of Jamaican, African and rare Ethnic Musics, live from the (then) Resonancefm Studio in Denmark Street.

As a marker of David’s 60th Birthday, today on the 21st April 2016, the Bermuda Triangle has prepared a one hour dichotic mix by splitting the two hour set in the middle and overlaying it to play simultaneously, separating the stereo to left and right for each.

"Dichotic listening is an experimental technique where different messages are transmitted into each ear of a subject, to test “selective attention” or the ability to concentrate on one message to the exclusion of the other. An everyday experience of this is the attempt to focus on a phone call while ignoring sounds that are being received by the opposite ear."

"Dichotic Listening is a psychological test commonly used to investigate selective attention within the auditory system and is a subtopic of cognitive psychology and neuroscience."

"The beginnings of the dichotic listening technique can be traced back to the 1950s and Donald Broadbent, who was interested in testing auditory attention abilities in air traffic controllers."